See you not how God sets forth a parable? - A goodly word like a goodly tree, whose root is firmly fixed, and its branches (reach) to the heavens,- of its Lord. It brings forth its fruit at all times, by the leave of its Lord. So God sets forth parables for men, in order that they may receive admonition. And the parable of an evil Word is that of an evil tree: It is torn up by the root from the surface of the earth: it has no stability. (The Holy Quran: 14:24-26)

Though the expression literally means "Pure Word," here it stands for "Truthful Saying and Righteous Creed".  According to the Qur'an, this 'Saying' and 'Creed" are the acceptance of the doctrine of Tauhid, belief in Prophethood and Revelation,  and in the life of the Hereafter, for it declares these things to be the fundamental truths.

A goodly word like a goodly tree, whose root is firmly fixed, and its branches (reach) to the heavens,- of its Lord.

This is to show the strength and extent of the "Pure Word". As the entire system of the universe hangs upon the Reality contained in this "Pure Word" which the believer Professes, the earth and its entire system cooperates with him and the heaven with its entire system welcomes him. There is, therefore, no conflict between him and the Law of nature, and everything in its very nature extends its help to him.

It brings forth its fruit at all times, by the leave of its Lord. So God sets forth parables for men, in order that they may receive admonition.

That is, the "Pure Word" is so fruitful that every person (or community) who bases his system of life on it, gets benefit from it. Every moment for it helps to produce clearness in thought, balance in temperament, strength in character, purity in morals, firmness in conduct, righteousness in talk, straightforwardness in conversation, good temperament in social behavior, nobility in culture, justice and equity in economy, honesty in politics, nobility in war, sincerity in peace; confidence in promises and pledges. In short, it is the elixir that changes everything into gold if one makes the proper use of it.

"Evil word" is the opposite of "Pure Word."  It may be applied to everything that is unreal and wrong but here it stands for any false creed that one might adopt as a basis of one's system of life, irrespective of whether it be atheism or heresy or disbelief or shirk or idol-worship or any other "ism" that has not been brought by a Messenger of God.

And the parable of an evil Word is that of an evil tree: It is torn up by the root from the surface of the earth: it has no stability.

And "evil word" (false creed) has no stability because it is against the Law of nature. Therefore, everything in the universe opposes it and refutes it, as if the earth hates it and is ready to spit out its seeds every time they are sown in it, and if some need succeeds in growing an evil tree, heaven suppresses down its branches. In fact, false creed could never have been allowed to develop, if man had not been given the freedom of choice and respite for work for the sake of his trial. That is why when same foolish people exert to establish a system of life on it, it is allowed to grow to a certain extent, but it produces nothing but harmful results as long as it lasts. And no sooner does it encounter with adverse circumstances than it is thoroughly uprooted from the earth.
The distinction between the "Pure Word" and the "evil word" is so apparent that anyone who makes a critical study of the religious, moral, intellectual and cultural history of the world can perceive it easily. For the "Pure Word" has always been the one and same during the whole history of mankind and has never been uprooted. On the contrary, there have been innumerable "evil words" but each and every one has been so uprooted that there has remained hardly anything of it except its name in the pages of history. Nay, some of these had proved to be so absurd that if these are mentioned today, one wonders how one could have followed such nonsensical things.
There has been another noteworthy difference between the two "words". Whenever and wherever the "Pure Word" has been adopted by an individual or a community, its blessings had not been confined to that individual and community, but had benefited all around them. On the contrary, whenever and wherever an evil word has been adopted by an individual or a community, its evils had spread chaos and disorder all around them.
In this connection, it should also be noted that the parable of the "Pure Word" and the "evil word" explains the same theme that had been explained by the similitudes of the mound of ashes that is blown away by the "wind" of the stormy day and of the "foam of flood", and the "scum of the melted metals."

014.018  The parable of those who reject their Lord is that their works are as ashes, on which the wind blows furiously on a tempestuous day: No power have they over aught that they have earned: that is the straying far, far (from the goal).

003.116  Those who reject Faith,- neither their possessions nor their (numerous) progeny will avail them aught against God: They will be companions of the Fire,-dwelling therein (for ever).

003.117  What they spend in the life of this (material) world May be likened to a wind which brings a nipping frost: It strikes and destroys the harvest of men who have wronged their own souls: it is not God that hath wronged them, but they wrong themselves.

013.017  He sends down water from the skies, and the channels flow, each according to its measure: But the torrent bears away to foam that mounts up to the surface. Even so, from that (ore) which they heat in the fire, to make ornaments or utensils therewith, there is a scum likewise. Thus doth God (by parables) show forth Truth and Vanity. For the scum disappears like forth cast out; while that which is for the good of mankind remains on the earth. Thus doth God set forth parables. 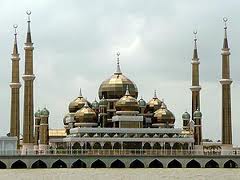 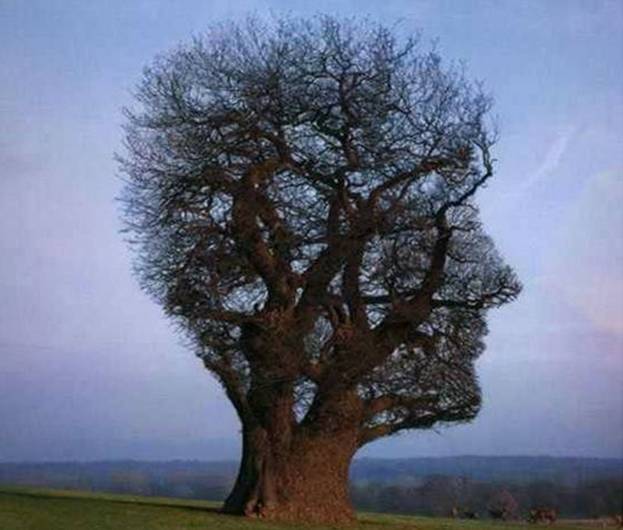