Imam Ahmad was born in Baghdad in Rabi Al-Awwal, 164 A.H. He and the Prophet (peace and blessings of Allah be on him) have a common ancestor as the Imam was a descendant of Rabee’ah bin Nizar, a brother of Mudhar bin Nizar, who was an ancestor of Prophet Muhammad (peace and blessings of Allah be on him). The Imam was orphaned at a very young age and was brought up by his mother. His father passed away at about the age of thirty at a time when his pregnant wife had moved to Baghdad by herself where the Imam was born. (Mawjood, 2006. p. 9-12)

The Thirteenth Century CE was a time when Islamic Golden Age had ended with the sack of Baghdad by the Mongols and the end of Abbasid Dynasty. Syria, the homeland of Imam Ibn Qayyim was also in turmoil with off and on conflicts between Mongols and Mamluks. The Muslim Ummah had gone into a religious stagnation and decline marked with Taqleed and sectarianism. Islam was also onslaught by Greek Philosophy, Hindu pantheism, rationalism of Dialectics, theological attacks by Christians, Batinites, Ismaelites, Assassins, Druzes, Nusayris, saint worship and Sufi doctrines [7, pp 1-10]. Imam Ibn Qayyim was born in such a turbulent and low time of the Muslim Ummah. Allah Subhanahu wa ta’aala sent him along with Shaikhul-Islam Ibn Taymiyyah and others as revivalists and saviors of the Islamic spirit.

Names of The Last day

Names of the Last Day generally appear either in “Mudhaf & Mudhaf elaihi” form or as “Mausuf & Sifa” form. Below is a brief overview of most, if not all of the names in the two forms.

Hadith 1: Actions based on Intentions

Hadith 1: Actions based on Intentions

It is narrated on the authority of Amirul Mu'minin, Abu Hafs 'Umar bin al-Khattab (ra) who said:

(2:208) O Believers, enter completely into Islam and do not follow in the footsteps of Satan, for he is your avowed enemy.
God demands that man should submit, without reservation, the whole of his being to His will. Man's outlook, intellectual pursuits, behaviour, interaction with other people and modes of endeavour should all be completely subordinate to Islam. God does not accept the splitting up of human life into separate compartments, some governed by the teachings of Islam and others exempt. (Tafheemul Quran)

A Selection of Articles 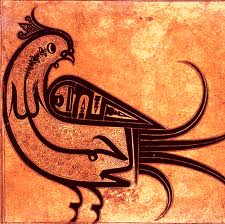