Attributes of God as Jesus Said

Accordingly the governor and the priest and the king prayed Jesus that in order to quiet the people he should mount up into a lofty place and speak to the people. Then went up Jesus on to one of the twelve stones which Joshua made the twelve tribes take up from the midst of Jordan, when all Israel passed over there dry shod; and he said with a loud voice: `Let our priest go up into a high place whence he may confirm my words.' Thereupon the priest went up thither; to whom Jesus said distinctly, so that everyone might hear: `It is written in the testament and covenant of the living God that our God hath had no beginning, neither shall he ever have an end.'

The priest answered: `Even so is it written therein.'

Jesus said: `It is written there that our God by his word alone hath created all things.'

Jesus said: `It is written there that God is invisible and hidden from the mind of man, seeing he is incorporeal and uncomposed, without variableness.'

Jesus said: `It is written there how that the heaven of heavens cannot contain him, seeing that our God is infinite.'

`So said Solomon the prophet,' said the priest, `O Jesus.'

Said Jesus: `It is written there that God hath no need, forasmuch as he eateth not, sleepeth not, and suffereth not from any deficiency.'

Said Jesus: `It is written there that our God is everywhere, and that there is not any other god but he, who striketh down and maketh whole, and doeth all that pleaseth him.'

`So is it written,' replied the priest.

Then Jesus, having lifted up his hands, said: `Lord our God, this is my faith wherewith I shall come to thy judgement; in testimony against every one that shall believe the contrary.' And turning himself towards the people, he said: `Repent, for from all that of which the priest hath said that it is written in the book of Moses, the covenant of God for ever, ye may perceive your sin; for that I am a visible man and a morsel of clay that walketh upon the earth, mortal as are other men. And I have had a beginning, and shall have an end, and [am] such that I cannot create a fly over again.'

Thereupon the people raised their voices weeping, and said: `We have sinned, Lord our God, against thee; have mercy upon us.' And they prayed Jesus, every one, that he would pray for the safety of the holy city, that our God in his anger should not give it over to be trodden down of the nations. Thereupon Jesus, having lifted up his hands, prayed for the holy city and for the people of God, every one crying: `So be it,' Amen.

Taken from The Gospel of Barnabas, Chapter 95. 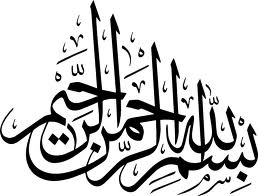